It is the last time you’ll hear me mention exams again for a WHOLE YEAR now because, as of last Tuesday, I finished them! Unluckily, I still have about 3 weeks of school left, in which time I’ll be researching my Extended Essay, starting the A2 courses for next year, and also going to look at Unis (aaaaaaaaaaaaaaaahhhhhhhhhhhhhhhhhhhhhhhhh). So I’m not completely free, BUT it means that I can go back to actually replying to your comments and emails now, and updating my recipe index! 🙂

I had the rest of the week off, and let me tell you, after these few months of revision, I was not wasting any time before I had to get back to studying. On one of my days off, my friends and I went to Thorpe Park. It’s kind of a tradition to go once a year after Summer exams, but for some reason we never went last year. We rode on A LOT of roller coasters, and ate a lot of ice cream aaaand it was awesome.

I also went shopping! And ended up going into Boots and putting pink strawberry scented nail polish on my thumb over my chipped black nail polish….which is why in the gif above, it’s totally messed up hah

You may also see that I have pink marks on my thumb due to testing out multiple lipsticks, many of which touted ‘staying power’. I can confirm they do have staying power; my hands were covered in the marks for the next day and half. Also, I’ll be starting a new weekly post called L³ Thursdays (read as ‘L to the three Thursdays’. Why? Because I’m that much of a nerd), consisting of Link-loves and Life (see, three Ls. Geddit? L to the thr… okay, I think you get it.) Okay, catch up over! Lets get all up in these sundaes, yes!?

So you know how I’ve been making chocolate fudge sauce and caramel with dates? Well, as I said in the fudge sauce post, I made it for an idea I had for Breakfast Sundaes.

It may seem extreme to be eating ice cream for breakfast, but I have to explain something first:

When the weather gets above 19 C here, EVERYONE FREAKS OUT like they’ve never seen the sun before and they’re never going to see it again. We all go into summer overdrive mode (because the good weather normally doesn’t last very long). I’m talking sunglasses, shorts, crop tops, lots of sun cream (because everyone here burns unless they wear anything under factor 30), ice cream trucks, barbeques and having to walk through parks in the middle of your neighborhood littered with 20-year-olds in their bikinis. Literally, the weather I’m talking about is not even that hot, but as long as it’s not raining, THIS is an opportunity to get a tan.

So now, ice cream doesn’t seem like such a bad idea does it? Well okay apart from the impending bikini season. But that’s where the healthy tricks come into play.

I’ve made this sundae as healthy as it can get, using the good old 1 ingredient banana ice cream (with a few flavoury additions), the date-based sauces and some wholesome sprinklings to make one kick-ass, delicious and cooling ice cream sundae, quick and healthy enough to eat for breakfast! When I make the banana ice cream, I usually add come cocoa powder and almond extract (its SO GOOD. Trust). But this time I stuck more closely to the banana flavour, adding cinnamon and vanilla for a flavour boost and also baking soda for a slightly salty, tangy, buttery flavour (seriously, it does add that) to make it taste like freaking banana bread batter.

I think I probably ended up doing this after becoming obsessed with Carey’s banana bread muffins. I made them 3 times within a period of 3 weeks. That is a big deal because I hardly ever bake the same thing more than twice (unless it’s an old fave). The batter was crazily addictive, which was partially due to the tang from the baking soda and the flavour of the cinnamon. It’s also why I ended up buying cacao nibs when I went to Whole Foods, which I sprinkled onto this sundae. Of course, I also added some coconut and almonds on top (you’ve probably sussed that I love them), but as per my usual layering ways, there are loads of things you could put on top of the ice cream and sauces to make it your own. 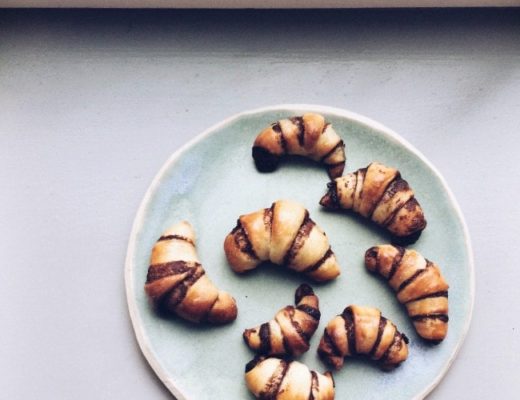 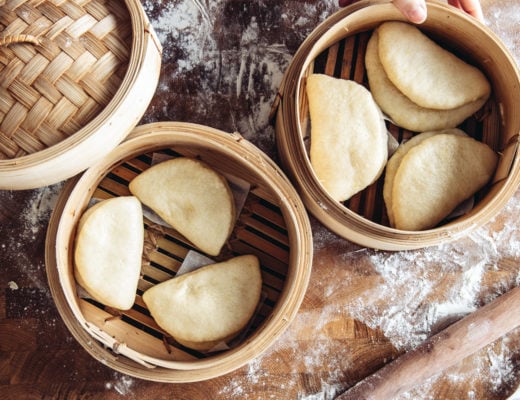