The cool thing about studying nutrition is that it’s so applicable to daily life and helps me think about balancing the food I eat. For example the fact that eating fats along with the fat-soluble vitamins A, D, E & K helps you absorb them better! So having fat in salad dressing is actually doing more than making things taste good, it’s improving the nutritional benefit of those veggies too. Another dressing thing: If you’re having spinach in a salad, it’s also a great idea to use citrus fruit juice in the dressing. Citrus fruits contain Vitamin C (aka ascorbic acid) which converts non-haem iron (that just means the iron is in a certain form) from the spinach into a form which is more easily absorbed. This is a particularly helpful tip for vegetarians and vegans who miss out on the more easily absorbed form of iron (haem iron) found in red meat.

Basically – salad dressing is COOL, tasty and really good for you. Also yes I am nerding out on facts. Hellooooo impending summer exams. An instinctual salad hunger has been awoken in me now that it’s finally warm and the evenings are getting lighter. I just want to eat all the pretty, colourful vegetables (with dressing of course!). In particular I’ve been wanting to try a raw sweet potato salad since I saw Laura post a recipe for one a few weeks ago. Once I saw a cooked, spiralised sweet potato dish in Alessandra’s new cookbook* and it gave me the kick I needed to get salad-ing! Instead of spiralising the sweet potato I just cut it into matchsticks and I didn’t saute the sweet potato as the original recipe instructed. It was the perfect light lunch and also made a GREAT veggie burger add-in for dinner that night. Don’t be afraid of the raw sweet potato – it’s pretty neutral in flavour and slightly crunchy.

Adapted from 'The Foodie Teen' by Alessandra Peters

- If you have a spiraliser you can spiralise the sweet potato, courgette and carrot instead 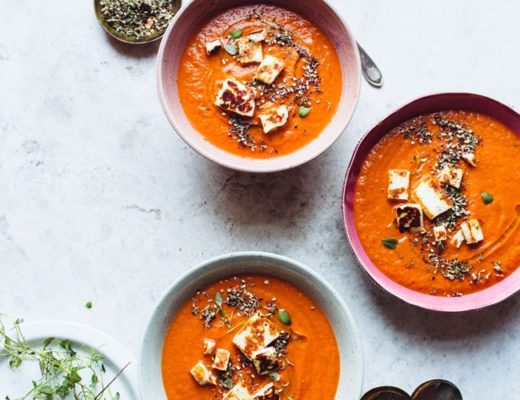