Yeah, sorry for that. There are so many ways I can get waffles into rhymes (especially lyrics) and puns and now that I have a waffle iron I am unleashing them unto the world.

I’ve been pretty much wrapped in a duvet, playing the sims freeplay (stupid addictive apps.) for the past week with some kind of intermittent flu thing. It hasn’t been great becuase eating food was not on the agenda but now I’m making up for it in

WAF-FULLS (get it? like bowl fulls, but the cos of all the waf- ok nevermind) The only waffles I’ve ever really had at home were those toaster waffles which I’d eat warm with hella powdered sugar. I kind of prefer eating waffles like that, dolloped with yogurt and fresh fruit than how I eat my pancakes (i.e. with maple syrup for daaayyys). These banana bread waffles are probably a tad better for you than the aforementioned toaster ones – I made them using spelt flour and oat flour (of course I did, it’s me.) as well as throwing in a bit of ground flaxseed. The mashed banana in the batter meant that I didn’t have to use a bunch of oil in them and they still turned out crisp on the outside with a fluffy center. Then I doubled the waffley goodness by gliding a buttery knife over the hot waffles – just enough to moisten them a little so that the cinnamon-sugar I then sprinkled on would stick.

I basically ended up with a banana bread doughnut waffle. Insane. (plus I served them with some chopped walnuts)

It’s like a New Years compromise – whole grains, low sugar, low fat waffles, BUT then you get to put cinnamon-sugar on them and make em taste like doughnuts. p.s. they’re mega easy to make – you just need a jug and a fork. A time will come when I’ll be whisking egg whites to fold into waffle batter, but today was not the day. 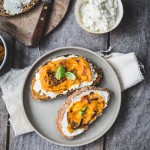 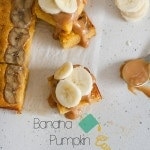 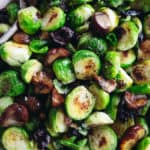