One of the things I love about London is that there will always be somewhere here that you haven’t seen yet. It’s kind of like being a tourist in your own city but you look like less touristy because you don’t have to stand around with massive fold-out maps or printed pages of google map directions. Instead you get to pretend to be texting as you stare at your phone screen, willing 3G to load the phone map faster (because you’re so, so, so lost). Being a West Londoner myself, it’s not often that I get time to drift around other boroughs – my exploration is often limited to where my school is and where my friends live.

On occasion I get to go East and it’s probably my favourite part of the city to walk around. A few weekends ago my brother and I did just that, taking the tube to Shoreditch and walking to Hackney along the canal.It’s pretty good that my bro sometimes works around there so knew the way pretty well (no phone-map staring for me!).

Side note: I find it really strange to walk along the canal here as I always forget that it actually exists (apart from if I’m at Camden Lock, cos duh – it’s a lock for the canal.). Do you ever think of London having a canal? Nooope. Not me. WE WALKED SO MUCH.

Stopping off at Spitalfields Market, All-press (where I was freaked to see Millie from MIC + Professor Green), Labour and Wait (I want everything from there) and seeing Barn the Spoon’s shop (which is ridic cool). We ended up by London Fields and headed over to E5 Bakehouse for a schnack! I bought a super sticky banana pecan blondie.

It was to. die. for. I didn’t even take a picture of it as I was too busy smashing it into my face.

I got a craving for it again (of course :/ ) but E5 is a whiiilllee away from me so I made up my own banana blondie of sorts – it’s less sweet than the E5 one and I also added a sprinkle of coconut and some chocolate chips for funsies. It was also only after making it that I realised I could have easily made this in a large, cast-iron skillet instead so do that instead if ya want and call it a skillet blondie. Either way, it’s fab eaten straight up with a spoon – although for some reason I feel like that’s more acceptable if it’s in a skillet.

I’m not sure why but skillets = eat it from the skillet, no judgement.

Other tins = if you eat it from the pan, you’re probably getting judge-y eyed by somebody.

aaaand that’s why you turn the scoop you just took into a huge slice and nobodeh ever knoooowwssss… shhhhh….. – You can make this in a large cast iron skillet – just melt the butter in the skillet on the stove top instead of in the oven and continue the recipe as per usual.

– To make it vegan (I have tested this and it works just as well): use coconut oil instead of butter, sub 1 tbsp of ground flax w/ 3 tbsp of water for the egg, use unrefined sugar instead of granulated, and vegan chocolate chips. 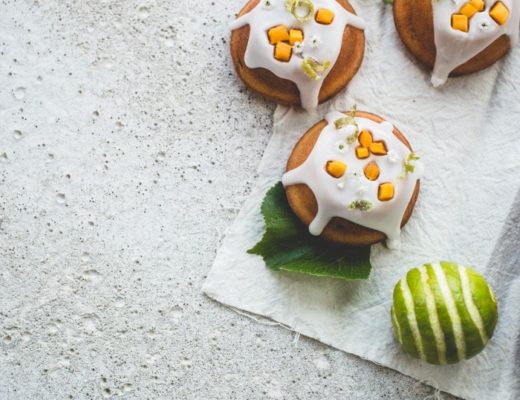 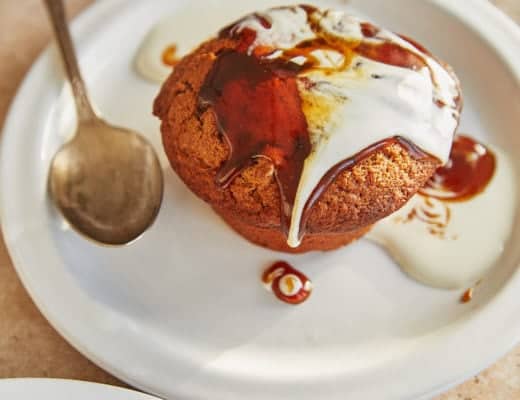