Both times I’ve been to NYC I’ve collated lists of places to see/things to eat/areas to visit. Both times I’ve returned home only having crossed about a sixth of those things off my list. Even if, as I did on one evening, I ate at two different restaurants for dinner (in case you’re curious it was Yakatori Totto first then Ippudo!)  I don’t think I’d ever be able to eat at all the places on my list. Being someone who a) is obsessed with pancakes/brunch in general and b) was staying in Nolita for 5 weeks you’d think Clinton Street Baking Co. would be one of the first places I’d visit…They’re somewhat well known for their blueberry pancakes… In the end the Butcher’s Daughter, Blackseed Bagel, The Egg Shop and Lafayette came first (all top options for breakfast in that area). In fact, it wasn’t until my last day in New York that I managed to get my butt over to that famous pancake haven to meet the lovely Jodi, as per her recommendation. Even though it was a Wednesday morning the place was packed. out. I did wonder if the pancakes were the best option for a second, lingering over the French toast. I’d made, photographed and eaten this copycat recipe a couple of days prior, thinking that I wasn’t going to get the chance to have the *real deal*. However, as we sat and chatted the only thing I could see coming out of the kitchen were plate after plate of the blueberry pancakes. I figured that I couldn’t ignore that and we both ordered them.

Gotta say, they were pretty damn fine pancakes. Super fluffy, full of tangy blueberries and holy crap: that maple butter. It was pretty much the perfect way to say goodbye to NYC. So after having had the restaurant’s legit pancakes I can honestly assert that this recipe matches up. The whipped egg whites certainly do bring that lighter-than-air quality and the combo of melted butter, salt and maple syrup for drizzling is sexy as heck so don’t skip it!

Notes:
-slightly adapted from the Clinton St. Baking Co. Cookbook* via Verily Mag and Buzzfeed
– to keep the pancakes warm while you make the compote/maple butter: preheat your oven to 50 C/120 F and line a baking tray with baking paper. Lay the cooked pancakes in a single layer on the baking tray and leave in the oven while you make the other stuff. 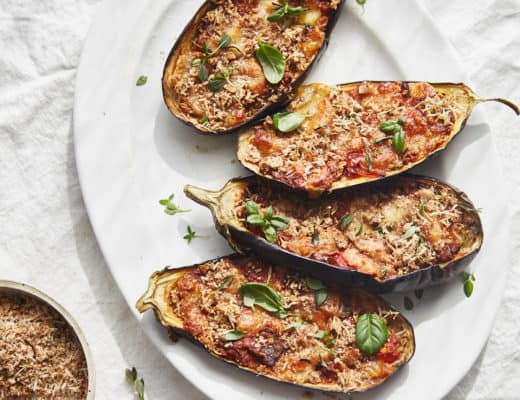 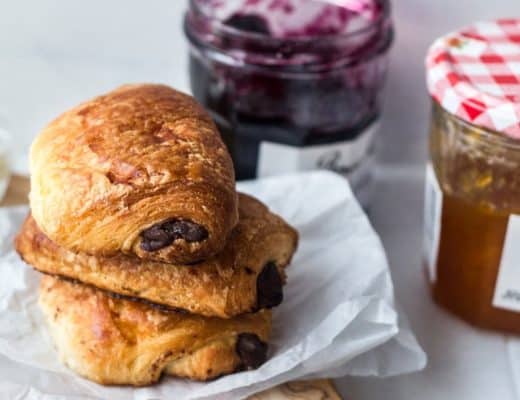