So I came home from school early today, and it was lunch time plus I’d woken up at 6 to write some super scary biology essay about antibiotic resistant bacteria (Jeez you guys, superbugs are cray. Promise me you won’t misuse or overuse antibiotics, ‘kay?) so I was insanely hungry.

Now usually, for lunch I go for something with eggs because I want some protein to hold me over for the next few hours, but today I really wasn’t feeling it. That’s when I spied some mini tortillas in the fridge.

I was initially going to make some kind of flat bread type thing. Like chop up some basil and tomatoes and throw it on there with cheese, then shove it under the grill. Then I realised if I just put some bell pepper in there, it would start getting Mexicany, and a memory of quesadillas (from like 2 years ago, literally.) popped into my head and I decided to go with it.

I’d never made a quesadilla before this.

and only ever had them a handful of times, but I just remember them being TOTALLY ACE and that was enough to make me want one right then + there. I just went with the flow of things, using the basic flavour profile that I imagine they had: tomatoes, bell pepper, Mexican spices, onion and some lime juice (I was considering adding apple cider vinegar, but spied the half lime on the counter and thought it was more appropriate).

another memory came up. You know how Whole Foods is like a food sample Mecca? Yeah, well one time, they had this pineapple salsa sample that was utterly fab (great story Izy..great story..).

We didn’t have pineapple

we did have fresh apricots! The acidity/sweetness of which I think of as kind of similar to pineapple. SO IN IT WENT. Cheese was a must, of course

and thus, I made a quesadilla. So this is why, when you read this recipe, it’s probably not anywhere like a traditional quesadilla (I mean, I’ve googled them now, and… I cooked the salsa.. :/ soo… ).

and I’m sorry if that harms your quesadilla loving hearts (seriously, the instagram of this was basically as popular as my chocolate chip cookie one, so I now think of everyone as quesadilla lovers) but I literally don’t care because it was so good that I think all quesadillas from now on should contain fruity, cooked salsa.

(p.s. If you did see the instagram picture of it, I HOPE YOU LIKED THE PUN. I laughed at it for about 10 minutes. Alone.)

– Instead of using an apricot, try out other fruits like 1/2 a peach, 1/4 cup diced strawberries or 1/4 cup diced pineapple, orrrr you can leave the fruit out.
– I served my quesadilla with sour cream and some chopped cilantro + basil + some lime zest
– You can totally add cayenne, tabasco, sriracha or chili pepper to the cooked salsa
– Okay, I’ve made the name plural ‘Quesadillas’ but this makes one quesadilla, but it’s pretty simple to just double the recipe and make multiples if you want. 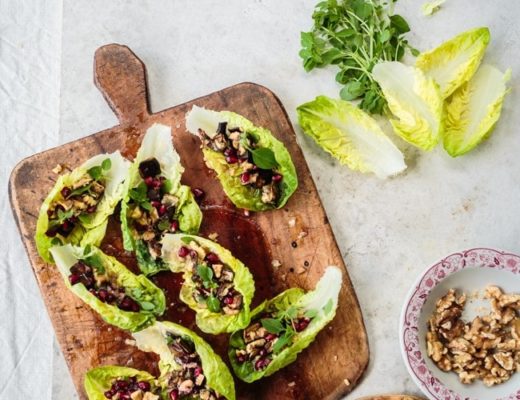