Holidays mean more time to do things you love. That could mean finally watching the latest season of Homeland, seeing friends and family and, in my case, cooking! I spent the last week holed up in my room at uni with the flu, revising for impending pre-xmas exams. I hadn’t been food shopping in 1 1/2 weeks and was living on pretty much whatever I could throw together and put onto a piece of bread. It was not a pretty sight. But now I’m back home! To my fam, a kitchen with BIG WINDOWS (hello, Natural Light!!) and more than 2 saucepans. It’s great. I’m so lucky that my family loves to cook because it means we have such a hub of a kitchen in our home. It’s especially lovely at Christmas time becuase we all chip in and cook together at once. As we are so food-focused we split Christmas into 2 days of eating – one special, home-cooked meal on Christmas eve and then a second on Christmas day. I’m in charge of dessert on both days obviously.

We don’t really ever have traditional ‘Christmas pudding’ and my mum has always let me make whatever crazy thing I want. One year I recreated Pierre Hermé’s Plaisir Sucré for 10 of us (that was a v intense day). Other years I’ve made easier things like tiramisu, which one of my cousins always requests. So when Lurpak set me a challenge to ‘#takeonchristmas’ by reinventing a classic Christmas dish, I was already ahead of the game. I start thinking about xmas desserts in like October so my phone already had a note of bulleted ideas written down haha. In the end this tiramisu yule log won because, of course, my cousin requested tiramisu again. Instead of being boring and making the same old recipe, I combined it with one of my other favourite Christmassy desserts, a yule log (or ‘Buche de Noel’). They’re perfect parters because tiramisu is half made up of sponge fingers which are very similar to the vanilla genoise used in a yule log. Although there are multiple components here to make and put together – cake, coffee, filling, glaze – it’s not super challenging but is very impressive once assembled! It’s also one of those things you can make entirely the night before and leave in the fridge until needed. In fact, it gets better if you let it sit for a while as the cake gets more and more infused by that boozy mascarpone filling.

Saying all that, I hope it’s encouraged you to take on the challenge yourself by making this cake or even inspired you to reinvent a classic dish in your own way! If you do happen to bake this cake and instagram it, make sure you tag me, @izyhossack, and use the hashtag #topwithcinnamon so I can see it 🙂 Haaappy baking!!! For the coffee soak:

Thanks so much to Lurpak for sponsoring this post! For more recipes and ideas head to lurpak.com. 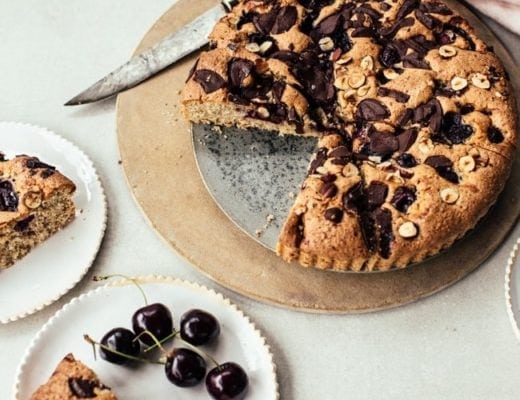 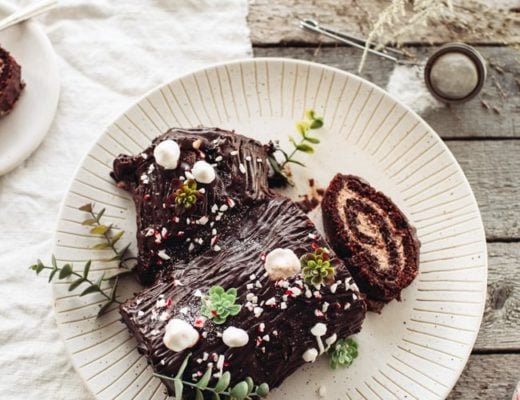