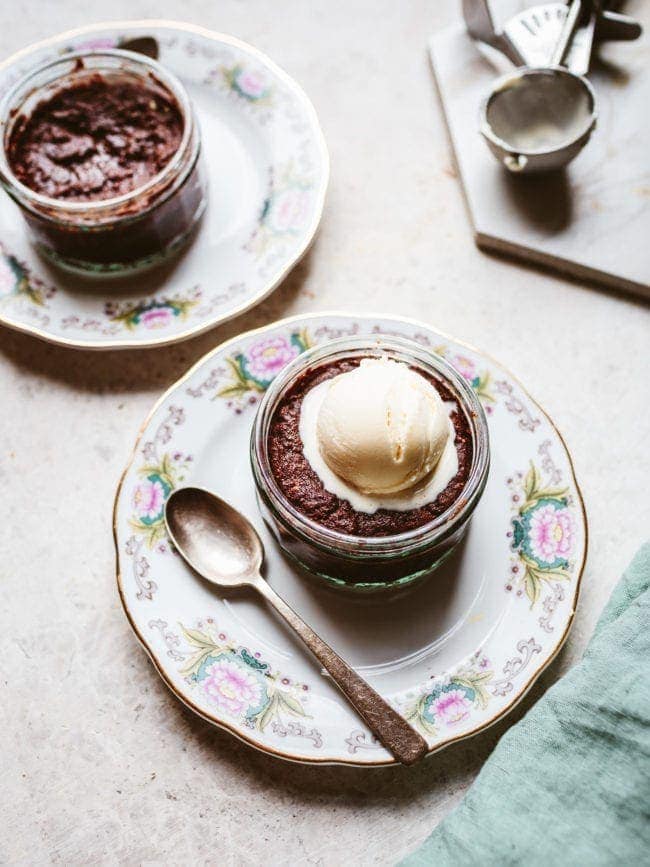 Is there one dessert that you will always order if it’s on a menu? For me, it’s always molten chocolate cakes (especially if there’s a scoop of vanilla ice cream involved). After having them once in a restaurant when I was younger, I became hell bent on finding a recipe to make them at home. After trying quite a few out I settled on my favourite – Delia Smith’s recipe. It makes 8 puds so I’d usually quarter it to bake two for me and a friend as a quick dessert. 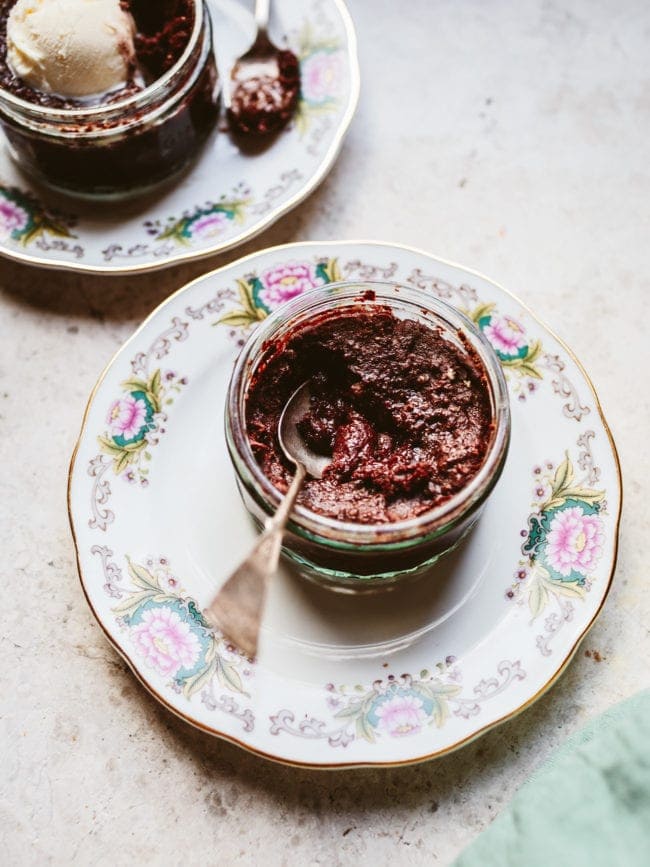 I hadn’t made them in a while until someone sent me a message on instagram asking if I had a veganised version. I told them I didn’t but that I’d get to work trying it out. With the recent discovery of aquafaba (chickpea water) which can mimic egg whites extremely well, I thought they might be useful! After 4 different versions I finally managed to make my ideal recipe. This makes 2 smallish cakes (when they were larger I’d end up feeling a bit sick after eating them as they’re so rich. That said, if you know you’ll want big’uns you can always double the recipe!) which are perfect for dessert for Valentine’s day… or just bake one for yourself and put the other in the fridge for up to 5 days so you can bake it up when you want it. 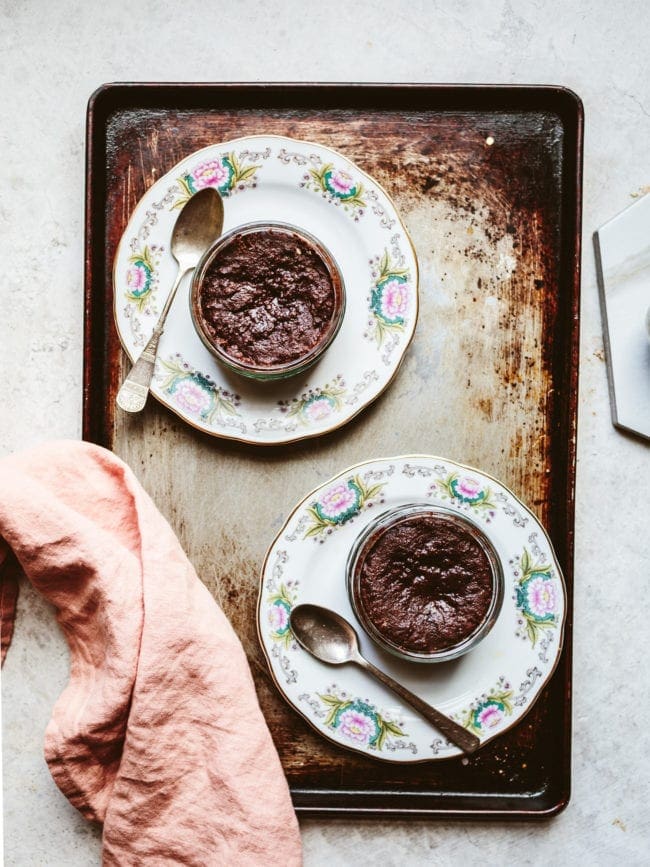 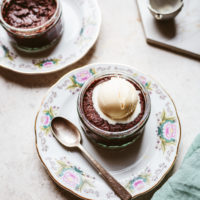