ahhh, it’s finally starting to feel more like summer here in London after weeks of rain

Now are the times for shopping, sun bathing, bike rides, no homework, frappuccinos and ICE CREAM

I don’t know about other people but I personally can eat a lot of ice cream, give me the chance and I would devour a whole tub of haagen daz Belgian chocolate ice cream (the best one!!) or Ben & Jerry’s chocolate fudge brownie. 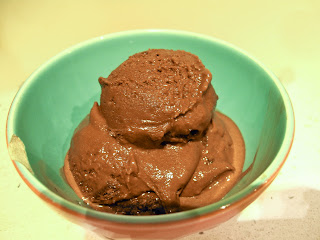 The thing is though, that here in England we don’t seem to have caught on to the whole low fat ice cream thing and only rarely can you find the low fat fudge brownie froyo from Ben & Jerry’s here. It makes me sad. I have to just not eat ice cream because I can’t feel satisfied eating only a tiny amount of the full fat stuff.

Put cornstarch in a small bowl with 2 tbsp of the milk and stir it together.
In a medium pot, put the rest of the milk, powdered skimmed milk, sugar and corn syrup. Whisk together over a medium heat until the sugar is dissolved.
Add the cornstarch mixture and cocoa powder. Keep stirring the mixture, making sure that you keep it from sticking to the bottom and burning, for 5 more minutes on a medium low heat until it barely reaches a boil and is slightly thickened.
Pour into a pyrex jug and let cool at room temperature for about half an hour before putting into the fridge too cool completely (about 1 hour). 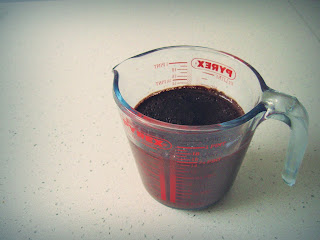 Preheat the oven to 350 degrees, line a small tin with foil. Spray the foil with nonstick spray.
Put the first 6 ingredients in a small bowl and using your fingers, crumble all the ingredients together (like when making pastry). 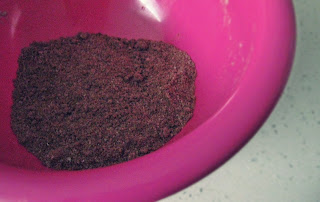 Add the rest of the ingredients and mix together until fully combined. The mixture will be thick. 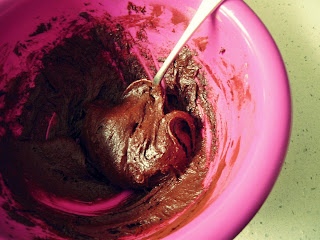 Spoon into prepared tin and, using a wet butter knife, smooth and spread the batter in the pan. 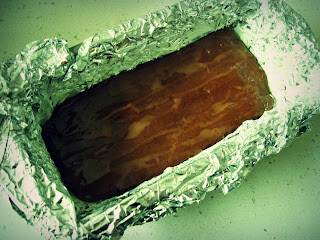 Put into the oven and bake until the mixture is still quite sticky in the middle (10-15 minutes), place into an ice bath (taking care to not get any water onto the brownies) or into the freezer until cool*. Then cut the brownies into small cubes. 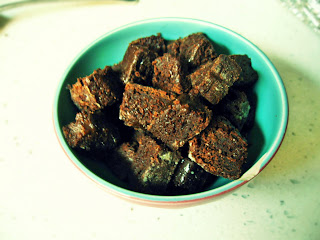 Freeze the ice cream mixture in you ice cream machine according to the manufacturers directions. Mine took about half an hour to be ready.
Once the ice cream has finished churning, stir in the brownie pieces and place in a container. Put this into the freezer until the ice cream is firm enough to be served. 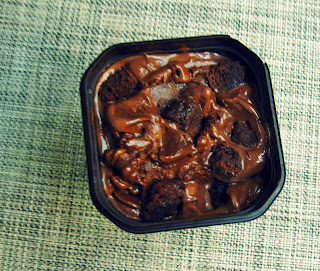 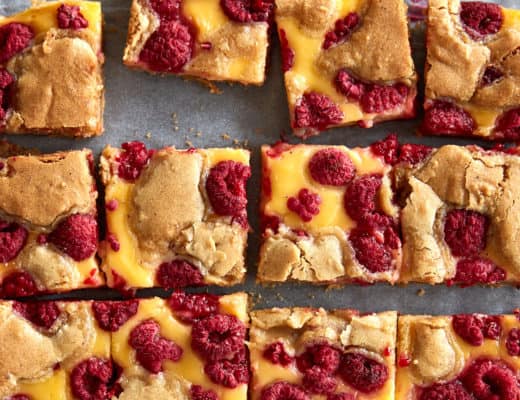 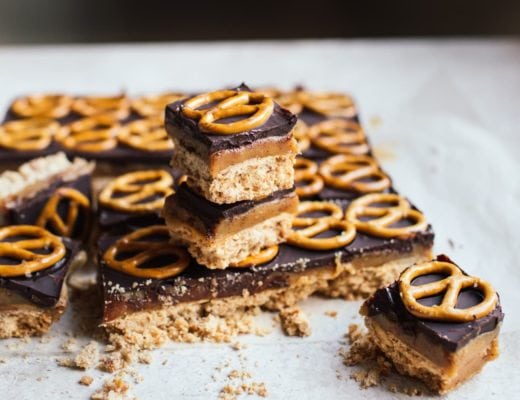