I love vegetables in desserts. You take a sweet treat and add a usually savoury element, it’s pretty cool.

Carrot cake? Yes.
Come on, don’t joke, that has cake cinnamon in it, cinnamon makes everything worth eating.
So guess what you get when you reverse the idea; take a savoury snack and give it a sweet twist.
I’ll give you a clue:
They’re sweet, crunchy and warm. You dip them in maple syrup, then stuff them in your face. 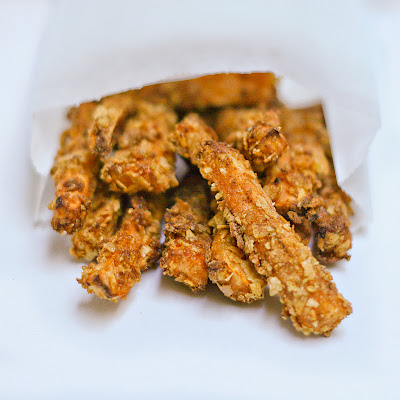 Yup, I totally went there. Oven baked fries now got even better. Sweet potato coated in crushed cornflakes, graham crackers and cinnamon-sugar, and served hot from the oven with maple syrup.
It’s like a ‘french’ food mashup : fries and toast, with vegetables included so you can feel healthy whilst you indulge! 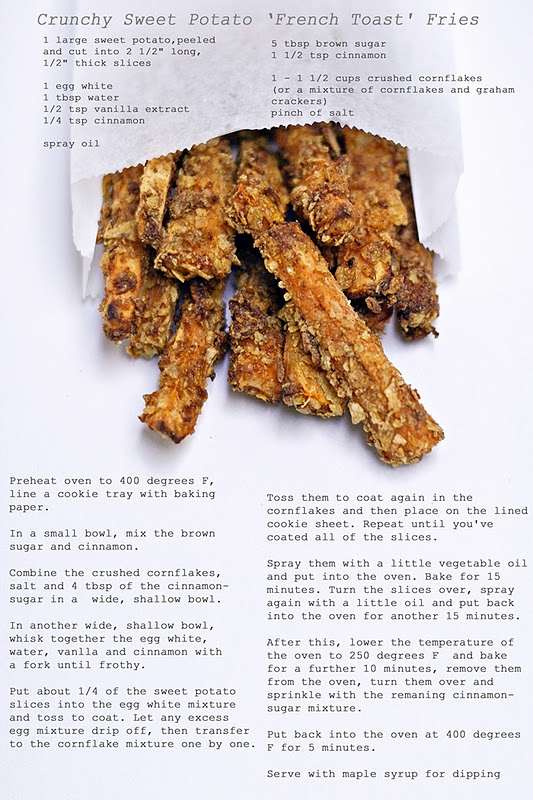 Preheat oven to 400 degrees F (200 degrees C), line a cookie tray with baking paper.
In a small bowl, mix the brown sugar and cinnamon.
Combine the crushed cornflakes,salt and 4 tbsp of the cinnamon-sugar in a  wide, shallow bowl.
In another wide, shallow bowl, whisk together the egg white, water, vanlla and cinnamon with a fork until frothy. 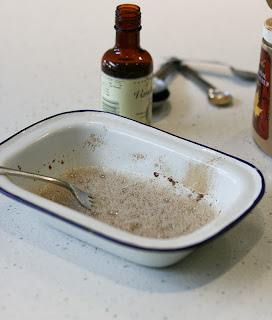 Put about 1/4 of the sweet potato slices into the egg white mixture and toss to coat. Let any excess egg mixture drip off, then transfer to the cornflake mixture one by one. Toss them to coat again in the cornflakes and then place on the lined cookie sheet. Repeat until you’ve coated all of the slices. 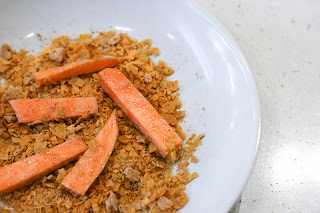 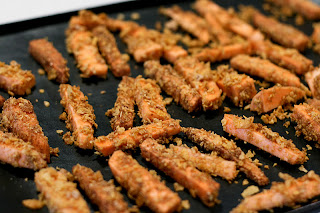 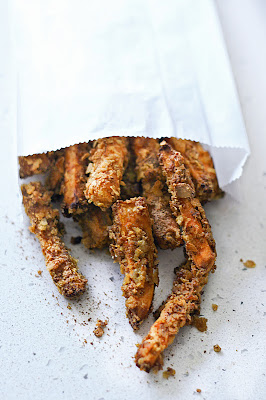 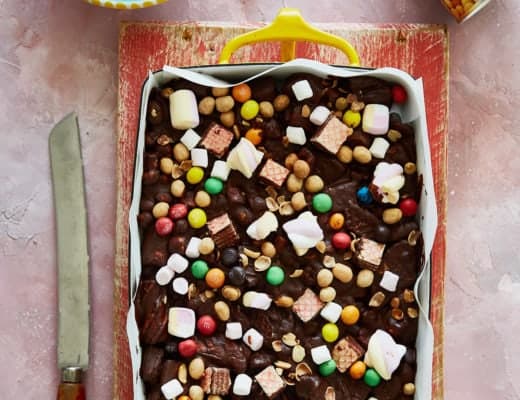