Being a self proclaimed cinnamon queen and breakfast fanatic means that birthday breakfasts are going to be:

Oh and this is a competition between Me and Me, trying to outdo the previous years of celebratory breakfasts (like Monica Geller with Thanksgiving dinner). Ever since travelling to San Francisco a couple of years ago and eating one of Tartine’s ‘Morning Buns’ I’ve known that one day I’d want to make them myself but as the memory faded, so did the motivation. Last year I was reminded of those flaky, sugary buns during breakfast at Cellar Door Provisions in Chicago. We’d already sat down to enjoy their sourdough blueberry muffins and croissants when my mum spotted a restock of the tiny glass shelf occuring – this time with different baked goods. I saw the clover-like folds of dough and identified this new mystery pastry as a Kouign-amann which I’d never tried before. Of course we got a couple of those too (they were warm, I couldn’t resist!) and their similarly flaky, sugar crusted character got me thinking about making morning buns again. Luckily I have a weirdly good memory for recipes so recalled seeing a recipe for ‘Sugar Buns‘ on Tara’s beauty of a blog. I read through the recipe and noted the use of Nigella Lawson’s food-processor Danish Pastry which I’d tried before (after re-jigging the recipe a tad) with great success. The best thing was that I was actually organised enough to be looking at the recipe the night before my birthday, meaning I could make and shape the pastry in the PM then wake-and-bake the buns in the AM. The 45-minute proving period required in the morning is the perfect amount of time for having a shower (hence the damp hair in the pics), getting dressed and brewing a pre-breakfast pot of coffee. These really are pretty damn easy to make, don’t be intimidated by the lengthy instructions! The rolling and folding of the butter flecked dough doubles as the kneading and it takes about 10000% less time than making croissant dough. I also cut down the waiting time considerably by simply shoving the dough into the freezer, not the fridge, before the roll/fold process. Given that all twelve buns were gone in a day (I ate three, wahoooooo! Birthday privilege!) I think a wise move would have been doubling the dough recipe. Then I could have kept half of it in the freezer for omg-I-need-breakfast-buns-now moments ….e.g. every single day. – Recipe and method adapted slightly from ‘Sugar Buns’ by Seven Spoons (where the Danish Pastry recipe is from Nigella Lawson).

– When rolling + folding the dough: If you do this quickly, you can get all the roll-and-folds done in one go. Otherwise, if the dough seems to be getting warm and sticky, it’s wise to put it back in the freezer for 10 minutes between every couple of fold-and-rolls. You don’t want the butter to get too soft as it needs to stay cold to create the layered effect.

– This is a night-before-assembly recipe!

For the Quick Cardamom Danish Dough:

For the Cinnamon Filling:

For the Vanilla Sugar: 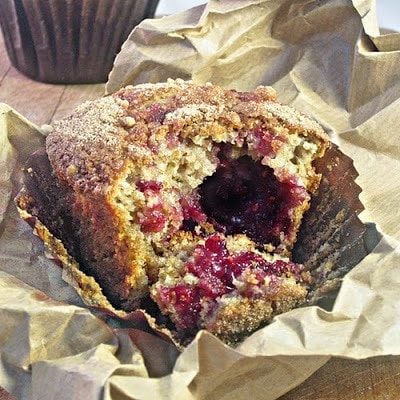 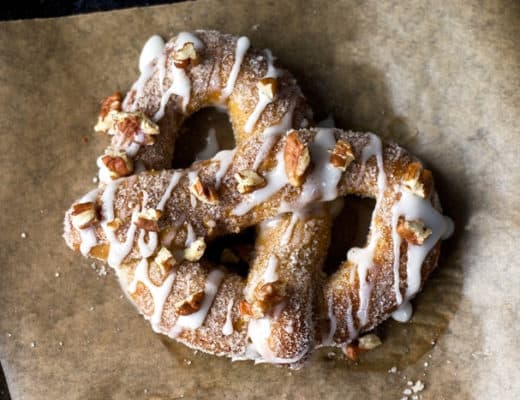