I’ve been teasing everyone with my sourdough brownie trials on instagram lately. I got a big box of Guittard chocolate, kindly gifted by them, and I wanted to bake something super chocolatey with it! When I put the question on my stories, everyone was intrigued by the idea of sourdough brownies (as I had mentioned wanting to make them) so I decided to go ahead and do it!

You might wonder what the point of making sourdough brownies is. Regular brownies are EXCELLENT, why add sourdough into the mix? For me, it’s another delicious way to use up the sourdough discard that comes along with feeding a sourdough starter. You end up with a lot of sourdough going in the bin (as the nature of feeding it means you discard some every day). I’ve been trying to come up with easy, everyday recipes to use this discard instead of chucking it in the bin.

Previously I’ve made waffles and crumpets using the discard. They’re both really easy to make but not ‘everyday’ recipes. Brownies, on the other hand, are something I bake quite often. They’re probably one of my favourite homemade bakes, even though I weirdly have very few recipes for them on here! So, if I can chuck some starter into my regular batch of brownies, it’s a win-win. My brownies get a bit of tangy sourdough magic, and I use up my discard!

These brownies are my favourite kind. They have a very fudgy middle yet aren’t dense or dry. The top has a fine layer of crisp meringue – made by whipping the sugar with the eggs before folding in the rest of the ingredients. They’re crackly and sticky and delicious (especially with a scoop of vanilla ice cream and some sliced strawberries). You can freeze them in an airtight container if you need to. I hope you enjoy them as much as we have!

Update (7 May 2020) – I now have a vegan version of these sourdough brownies which you can get the recipe for here: Vegan Sourdough Brownies 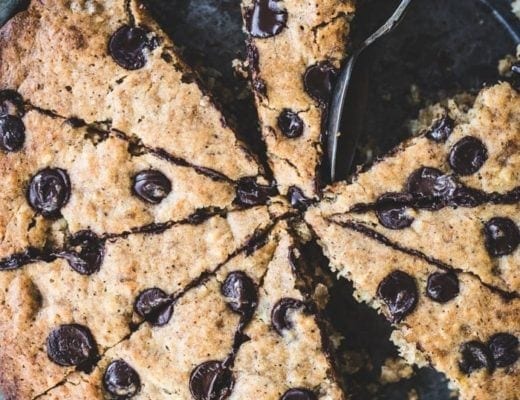 Open
Getting some baking done this weekend before the w

Open
@deesbasement kindly sent me one of her new postal