Soo you may have heard me talking/tweeting/instagramming about my friend Ashley‘s NEW COOKBOOK!!! As if it isn’t cool enough that the book is 100% about doughnuts (dream book, hollaaaaa) but all the doughnuts are baked (not fried) and gluten free! Currently her book is on a blog tour (you can check out the list of other participating bloggers plus extra details about the book here) and TWC is where it’s at today. It is a beauty of a book with tonnes of gorgeous photos all styled and shot by Ashley herself. It took me a few hours (and two, full read-throughs of the book) to decide which recipe to make for this post – when faced with choosing between Maple Doughnut twists, Cinnamon Coffee Cake Doughnuts, Tiramisu (TIRAMISU!!) doughnuts and Vegan Gooey Chocolate Doughnuts, it’s kind of amazing that I managed to not end up making all of them.

But I had the pumpkin puree out (from other pumpkin food adventures) and was feeling particularly Autumn-y so I knew this recipe for Pumpkin Spice doughnuts was calling my name. Especially when I saw that there was maple syrup and cinnamon in the glaze. You can tell how much I loved the glaze from the fact I ended up completely coating all the doughnuts in it, not just dipping the tops in (whoooops! 😉 I have a tendency to deviate from recipe instructions – like how I also ate them when the glaze wasn’t set. The rebellion just makes them taste EVEN better hah). I have to say that I’ve never made a better baked doughnut ever. They literally tasted like real doughnuts and the glaze did the crakle-y thing that I luuuurve. Plus because they were gluten free, it meant that when I brought the (few…) left overs into school the next day, I was able to share them with people who usually can’t eat things like doughnuts because of wheat. Now that you’re all psyched up for making doughnuts, you’ll also probably be happy to hear that Ashley was mega amazing and is giving one of you an opportunity to win a copy of her book plus a set of measuring spoons! The giveaway is now over. Thank you everyone who entered!

– You can easily make oat flour by grinding rolled oats in a blender or food processor until fine.

– You can used 2 to 2 1/2 tsp of pumpkin pie spice mix instead of the cinnamon, ginger, nutmeg, allspice and clove.

– make sure your oats or oat flour are certified gluten free, if required 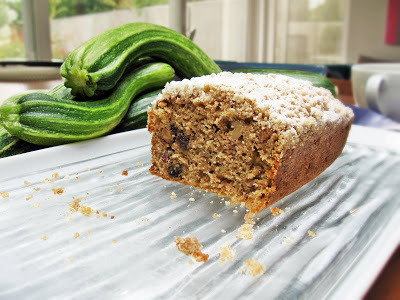