A belated happy Thanksgiving to anyone who celebrates it! I’m still on the thanksgiving-prep-stress-train right now because I’m hosting turkey day for 13 people on Sunday. There’s gonna be parsnip & sage stuffing, double roasted cauliflower cheese, duck fat potatoes, sauteed brussels sprouts, and of course a turkey (which I’m attempting to spatchcock. Wish me luck).

I’m not great at cooking for large groups of people becuase my brain can’t handle scaled up recipes so I have to plan and prep way in advance. However I’ve always been the designated holiday dessert maker so I’m used to baking a LOT of dessert. For a few years now I’ve made rugelach each Thanksgiving and so now it’s become a kind of strange tradition. This time I’m using a challah bread dough instead of the usual flaky pastry – I did a test run of the recipe last week and it was goooooood. Like mini chocolate croissants. I inhaled about 10, obviously.

There’s no pie this year becuase pecans and maple syrup for one pie cost as much as my weekly food shop!! Instead I’m making an apple cinnamon cake with (maple-flavoured) salted caramel sauce and sourdough shortbread crumble. #casual. I’m going to shut up about that food now becuase most likely anyone who’s just stuffed their faces at Thanksgiving will not want to re-live it more. It’s also totally unrelated to this recipe which I made last weekend for a fancy fun breakfast.

The dates I used in the creamy, dreamy yogurt here are called sokari dates and taste just like caramel. Smooshing them into a paste and mixing them with vanilla, nut butter and a pinch of salt takes it just to the border of indulgent – I say you can still eat it for breakfast. I dolloped that onto a hot half-buckwheat dutch baby pancake and it was glorious! Due to the half-buckwheat composition of the batter, the pancake doesn’t puff up as much as the usual (100% plain flour) pancakes do, so the addition of baking powder helps keep it light. This is a pretty low maintenance recipe, just make sure you whack it the batter into the hot pan as quickly as possible so it gets as much of a chance to crisp and puff as possible.

For the caramel yogurt:

You can make this completely gluten free by subbing 1 tbsp coconut flour in for the plain flour. It won't puff up at the edges BUT you will have a delicious little fluffy thing, more like an American pancake than a Dutch one 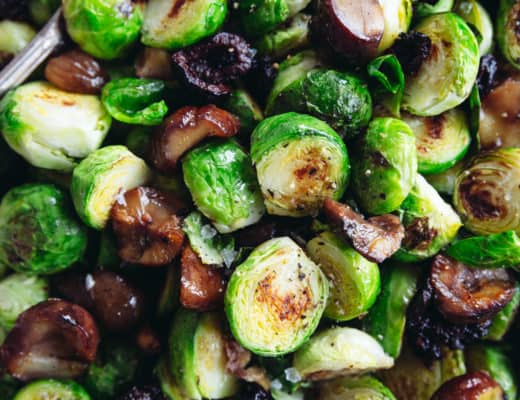 How to Make Hot Cocoa Mix