because of the whole google-reader shutdown sitch that’s totally ruining my internet life at the mo, and because I keep getting asked by people,

I’VE  FINALLY MADE A Top With Cinnamon FACEBOOK PAGE

soooo if you ‘like’ it (hint hint hinty hint hint… hint) you can get updates, and read more of the words I type, even more often!! (I don’t actually know if that’s appealing to you, or not…)

(Also on the google reader note – I’ve switched to feedly for my blog reading, and bloglovin’ seems good too) My dear, sweet, computer (I liked to call him Sam..well, I call many machines Sam: the 1950’s Kenwood stand mixer (uh, yeah, not even joking), ice cream maker and mini food processor, but whatever.)

decided that 5 years was enough time to be on this crazy planet, and left me yesterday.

As before, I had everything backed up, so I’m good to go; however I still feel a little lost without my Packard Bell (hah, yeah, you might be able to tell why it broke so much now…)

BUT ANYWAY, enough of that, life goes on (and it goes on with chocolate, heh heh heh).

So if you had scrolled to the bottom of the deep dish cookie post, you probably would have seen one of these totally photo bombing the last picture. I’m sorry, but it just happened.

I think I just go on recipe trends.

There was the whole 2/3/4-ingredient thing, and now I’m making all these single-lady vegan things.

I am a single-lady, buuuut I’m not actually trying to advertise that :/

and I’m not a vegan (it’s just convenient to not use eggs for single serving recipes, plus it means more people can make these recipes!), but it is nice to give that buttah and white sugar a rest 😉

But, whatever, I have this to eat. I don’t even care about anything else. (Note: I slightly modified the above image because apparently some people can’t actually read/ don’t {want to} read the written recipe where I do say that honey isn’t vegan. I take the photos for the recipe using ingredients I have on hand at the moment that I’m shooting. This time I used honey. It was merely out of convenience for ME – someone who isn’t vegan, but is INTERCHANGEABLE with vegan sweeteners like maple or agave syrup as, again, I have specified in the written recipe below. The pictures are just a piece of graphic design – not meant to be used in place of the written recipe which contains the METHOD, notes and ingredients. Sorry this is a long note, but I thought that people would be able to let go of the fact I used honey in one photo – {ooh rebel, I know} but apparently, 2 people so far can’t.)

I literally said, out loud after making this “I don’t even know what I was doing before this.”

As in: this is the best thing ever.

how has this not been a thing? What on EARTH have I been doing that has meant that I haven’t made this before?

(the .gif makes it look hard to dig into… not really molten-y; that’s because it had been cooling for about 30 minutes whilst I was shooting, by then! It basically turns into a piece of fudge once cooled, pinky promise)

It’s so easy to make, and so delicious that I want to cry.

You mix it in the freaking dish people – in the dish! You don’t have to wash up anything apart from spoons and whatever vessel you decide to use to mix/bake/eat it up in. Easy as. NOW GO, GO TO YOUR KITCHENS AND MAKE THIS. IMMEDIATELY.

-I just minimally adapted this from my single-lady deep dish cookie from a few posts again, so the method is exactly the same
-Worried that the brownie will taste of honey if you use it? DON’T FRET, you seriously can’t taste it.
-To make it grain free, use the gluten free adaptations at the bottom of the page, and use baking soda instead of baking powder

For the gluten free version:
– replace the coconut oil with 2 tsp of almond butter (or another nut butter)
– replace the flour with 1 tbsp of ground almonds 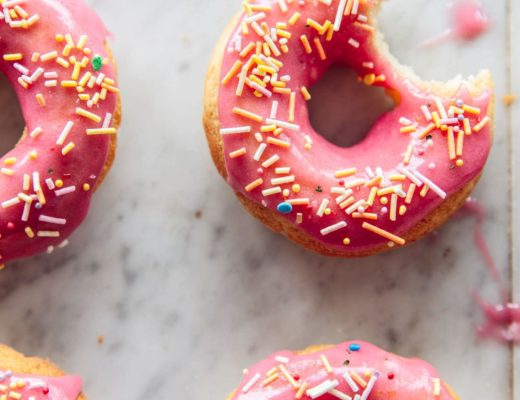 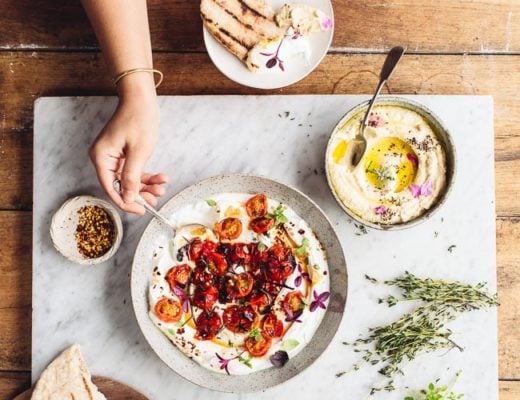